Join Us for a Celebration!

It’s guaranteed to be a great night with your Spirit Catholic Radio family!

Reserve your seats below by February 5, 2022
NOTE: if you have an “access code” to apply a discount, it is case sensitive

The dinner is the biggest and best Catholic event in the archdiocese. – Deacon Tim McNeil

Steve will give a powerful Christ-centered talk titled:
“Swimming Upstream: Living a Catholic Life in a Pagan World” 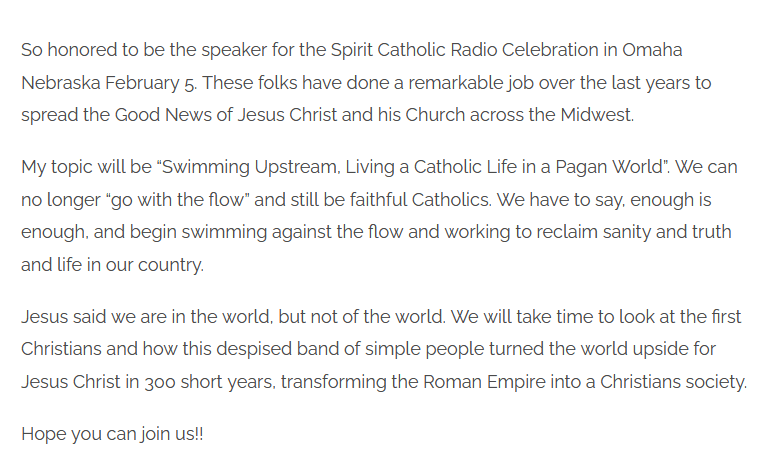 Steve Ray was received into the Catholic Church on Pentecost Sunday in 1994 following a long faith journey that explored his Protestant roots. He is a former owner of a business services company which he happily sold to pursue his passion: bringing others to Catholicism through his writing, speaking, film production and leading pilgrimages to Biblical lands. He is the author of five books and producer of the popular video series, “Footprints of God,” and has been a regular guest on EWTN, Spirit Catholic Radio, and others. He lives in Michigan with his wife, Janet, where they enjoy their family which includes eight grandchildren.