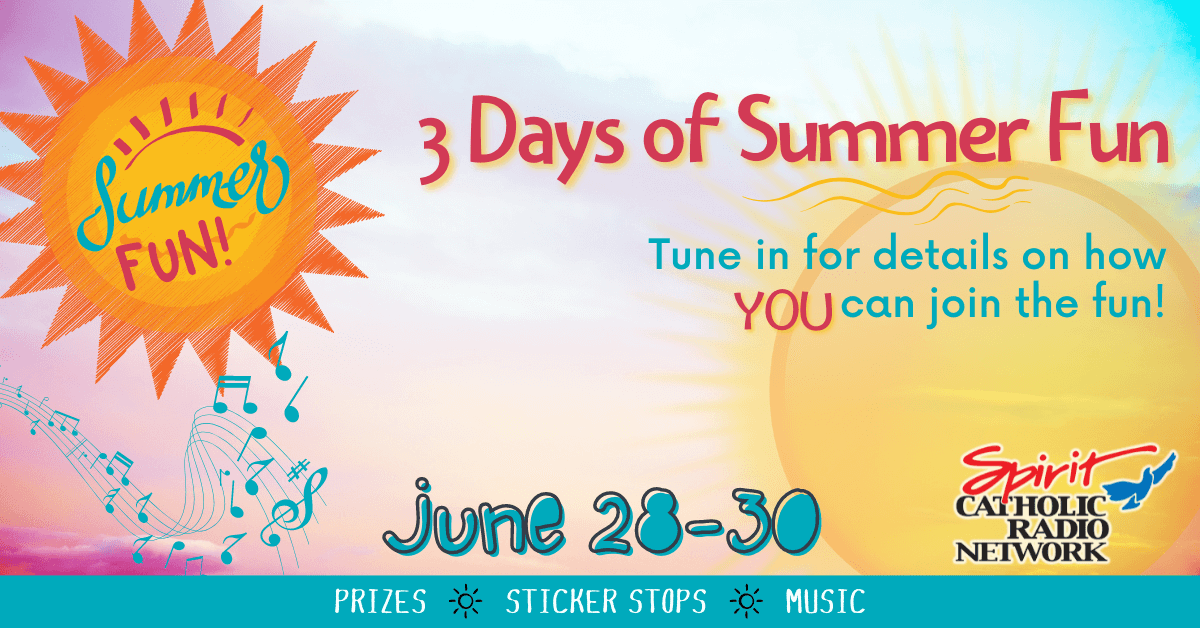 Join us for Spirit Catholic Radio’s Three Days of Summer Fun – June 28-30! These three days are a time for us to celebrate summer, play some upbeat praise & worship music, and raise funds to cover expenses necessary to keep the Network on the air. AND WIN PRIZES!!! Stay tuned for details on how you can LISTEN 2 WIN!

Spirit Catholic Radio is a listener-funded non-profit radio station. We rely on YOU to keep spreading the Gospel message over the airwaves and across the world!